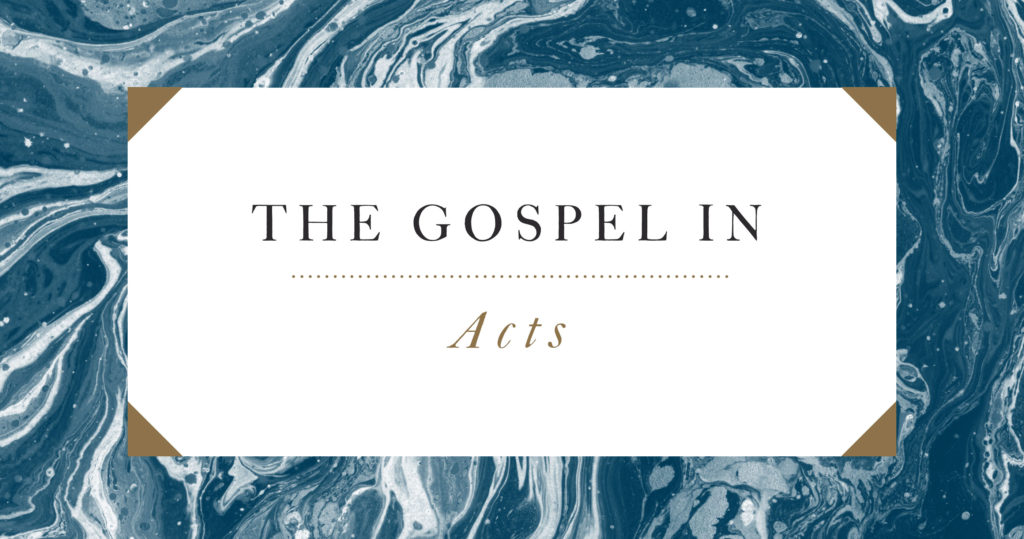 Acts is the story of God’s grace flooding out to the world, from the cross and resurrection of Jesus in Jerusalem to the ends of the earth. Nothing is more prominent in Acts than the spread of the gospel. Jesus promises a geographic expansion at the outset (Acts 1:8), and Acts follows the news of his death and resurrection as it spreads from Jerusalem to Judea, Samaria, and the faraway capital of Rome.

The preaching of Jesus’ death and resurrection is central in Acts. The Greek verb for “preach the gospel” (euangelizo) occurs more in this book than in any other in the New Testament. About a third of the book of Acts consists of speeches, and most of these are speeches by Peter or Paul proclaiming the gospel. The good news of the salvation accomplished in Christ and applied by the Holy Spirit extends to the “ends of the earth” through preaching.

In Acts, “grace” is a parallel for “the gospel” or “salvation.” Jesus’ message is summarized as “the word of his grace” (Acts 20:32), believers are said to have received “grace” or to be “full of grace” (Acts 6:8), and they are challenged to continue in grace. The missionaries in Acts proclaim the grace of God, and it is through this grace that people are able to respond with faith.

Acts reveals God’s passionate pursuit of his people, beginning with his followers in Jerusalem, expanding to Samaria, then to the rest of the world. By the end of the book we see Paul living in Rome, “proclaiming the kingdom of God and teaching about the Lord Jesus Christ with all boldness and without hindrance” (Acts 28:31). The gospel draws people in, constitutes them as the church centered on the grace of Jesus, and then sends them out in mission to the world. The new group of believers is marked by the Holy Spirit, who creates such a distinctive community that others are drawn in, experiencing God’s grace. At the same time, they take the gospel message to new people and new lands, making God’s grace known to the ends of the earth.

This article is adapted from the ESV Gospel Transformation Study Bible. This article first appeared on Crossway.org.